Zondervan Academic is probably the most prolific publisher of biblical language tools, whether they be grammars, dictionaries, original language texts, etc.

One recent addition, the NIV Greek and English New Testament (NIVGENT), joins this ever-growing Zondervan stable of language resources. This volume is not an interlinear, nor is it a reader's edition, but is most familiarly categorized as a diglot. Before I get into what I most appreciate about this volume, allow me to lay out some of the particular features that make the NIVGENT , a unique and useful resource. 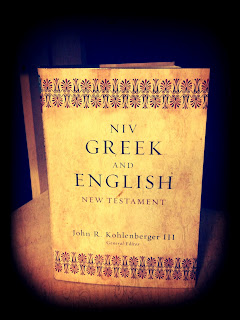 First, one should know that the base Greek text of the NIV (NIVGT) is not identical to the NA27/UBS4 (or NA28, for that matter). There is some 231 occasions where the NIVGT differs from the standard eclectic texts (Introduction, i). Admittedly, this is not that significant, but one should still take notice to not equate these base texts. Where these differences do occur, the NIVGENT is careful to point them out:

As one can see in the above example taken from Matthew 7, the footnotes a and b contain information on how the NIVGENT differs from the UBS4. 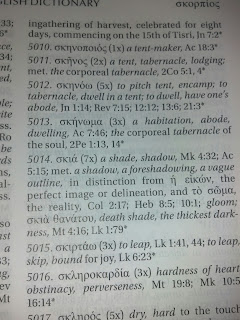 Another great feature of the NIVGENT is the Mounce Concise Greek-English Dictionary of the New Testament, which is included at the back of the volume (815-962). Here, the reader can find the Greek word, the number of occurences and a definition given in italics. In addition, OT references are given in parentheses and an asterisk indicated that every NT occurence has been referenced.


Now, for my favorite part of the volume, the layout of the Greek and English texts. First, they are juxtaposed and also include sectional headings from the NIV on both the Greek and English pages as seen on the example below.  I found that the layout is key to a decent diglot, especially when the typical reading helps included in a reader's version are absent.
Further, all of the footnotes in the NIV apparatus are included at the bottom of the English side. 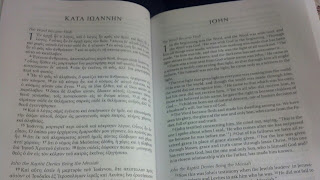 In my estimation, the NIVGENT continues to advance the long-line of excellent Zondervan Greek tools. One should find a place on the shelf for this volume. 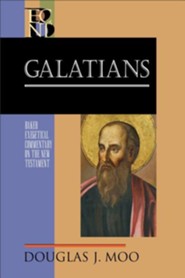 Doug Moo's long-anticipated Galatians commentary is on its way. Unfortunately, it will be another seven months or so, before it is released (July 2013).

I have always enjoyed the BECNT series as I believe the format strikes a good balance between technical and intermediate levels of discourse.

"In this addition to the award-winning BECNT series, highly regarded New Testament scholar Douglas Moo offers a substantive yet accessible commentary on Galatians. With extensive research and thoughtful chapter-by-chapter exegesis, Moo leads readers through all aspects of the book of Galatians--sociological, historical, and theological--to help them better understand its meaning and relevance. As with all BECNT volumes, this commentary features the author's detailed interaction with the Greek text and an acclaimed, user-friendly design. It admirably achieves the dual aims of the series--academic sophistication with pastoral sensitivity and accessibility--making it a useful tool for pastors, church leaders, students, and teachers."
Posted by Matthew D. Montonini at 1:30 PM 0 comments

BiblicalTraining.org, the brain-child of President and founder, William Mounce, has been providing free, excellent audio resources for some time now. The goal of the site is in part,
"to help leaders in the local church become effective ministers of the Gospel by providing them with world-class, Christ-centered educational resources that will allow learning to take place in community."

The latest resource to become available is Douglas Moo's class on Romans, which he taught at Carolina Graduate School of Theology for a DMin Seminar in May 2012. One will find several hours worth of audio/video. One does need to sign up for an account with BiblicalTraining in order to access these video/audio files.
Posted by Matthew D. Montonini at 11:48 PM 0 comments

I'm a little late in getting to this, but I am delighted to see that my mentor and friend, David A. deSilva, Trustees' Distinguished Professor, Ashland University, is now blogging over at Apocryphal Writings.

Please do check out his site here.
Posted by Matthew D. Montonini at 12:06 PM 0 comments

One of my great passions in life is to unite biblical scholarship with the church. It seems to me that the 'so what?' of our scholarly callings is the single, most meaningful question, aligning ourselves with what we do not merely for the academy but more importantly, for the church.

Therefore, I would like to commend those in teaching roles in their church to make use of an exciting, new series Ancient Context: Ancient Faith (Zondervan), spearheaded by series editor and contributor, Gary Burge (Wheaton). The series consists of six volumes, each 100-140 pages in length.

What makes this series a must-have you ask? Well, like all Zondervan's projects, the aesthetics are remarkable. Full-color glossy photos appear on nearly every page. Say what you want about style, but it does matter, and Zondervan never fails to disappoint on that score.

Secondly, and more importantly, is a matter of substance, and Burge, et. al, have done an outstanding job of educating the reader on biblical backgrounds that inform a well-grounded reading of Scripture. For instance, the last volume in the series, Jesus and the Jewish Festivals, provided me with an excellent resource for teaching John 7-8. Burge, a Johannine specialist, is at his best here, providing insights stretching from the Old Testament to the Mishnah in helping to elucidate various Johannine passages. My class found some of the information that I shared from Burge's volume with great enthusiasm.

Therefore, I cannot recommend these volumes highly enough, especially for Bible and small group studies. Burge and Zondervan are due many kudos for the excellent, accessible work they have provided teachers, pastors and scholars alike.