The Questions of Jesus in John's Gospel: An Interview with Douglas Estes

Douglas Estes, Lead Pastor of Trinity Church in Mesa, Arizona, and an adjunct professor at Phoenix Seminary, has authored a fascinating new book on the questions the Johannine Jesus asks in the Fourth Gospel (The Questions of Jesus in John: Logic, Rhetoric, and Persuasive Discourse [Brill Publishers]). 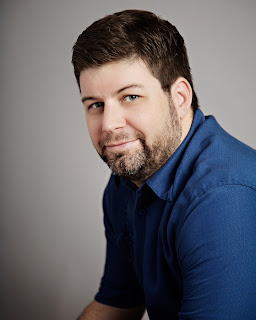 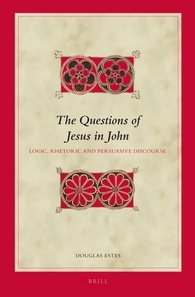 Recently, Douglas was kind enough to answer some questions that I posed concerning his work.

1. In what ways is the Western mindset biased against questions as a means for learning and conveying information?

Since at least the time of Aristotle, Western thinking has placed a great deal of emphasis on information. We see this in the great arc from Athens to Silicon Valley. Because of our desire for information, we are taught to care far more for the answers to a question than the question itself. The problem, of course, is that one only gets great answers if one can ask great questions. Our culture does not teach us to ask great questions. The language and communication strategies we learn from childhood is very much focused on making statements and proving points, not asking questions.

2. How do questions contribute to narrative, plot and rhetoric?

Questions, as a significant feature of language, are an integral part of any type of communication. There is no human language without questions; and while I’m not a linguist, of all the languages I am aware of, almost all form questions in two or three very similar patterns. I say this to point out that communicating without questions—especially without other non-declarative speech forms—would seem empty and tedious before long. Questions contribute to narrative in a number of major ways, and quite many minor ways. For example, a question can be used in a narrative to expand characterization, to explain backstory, or to engage readers/characters (depending on diegetic level). Questions contribute to plot similarly, giving the narrator more than one brush to work with in revealing the story. With rhetoric, questions really move front and center; try persuading someone with a declarative! (And without a prosodic cue). It would not be an overstatement to say that questions are the most persuasive, rhetorical form of speech available in language. Because persuasion is so important to certain forms of religious language, questions really shine in that context.

3. Why do questions in Hebraic contexts (OT, Second Temple texts, Talmud, etc.) fail to shed much light on Jesus’ questions in John’s Gospel?

I make this point in my brief survey of the context of questions within my book. I say it this way mostly to correct the populist notion of qustion-asking that comes with the idea of ‘Jesus as rabbi’ (in the Talmudic sense of rabbi). Based on what we know of the questions we have received from Hebraic contexts, the types of questions being asked in those contexts do not match well the types of questions Jesus asks. More simply, the question types are pretty apples-to-oranges. The cultural context, the way Jesus was remembered as speaking, and the interest between Jesus and much of our Hebraic texts are just different. For readers here, I do note that the closer in genre and time the Hebraic text is, the closer the questions also tend to be.

4. Could you briefly describe the differences between ancient ideas of questions and modern ones?

Since I can only think as a modern, and have lived only among moderns, my opinion is that the difference is one of emphasis, or nuance. If we took our time machine back to Athens or Jerusalem or Corinth, I do not believe we would hear people speaking in all questions or, really, in any way that much different than the way we speak now (generally speaking). The difference would be subtle, but I believe their range of asking would be much wider than ours. Questions—beyond the most simple informational—show up more in their style of education, in their literature, than in our world. Not quantitatively (as far I could prove, anyway), but qualitatively, yes. They just seemed to think more about what to ask than what to know.

5. How are questions with informational qualities important in narrative, and in particular, John’s Gospel?

Questions asked primarily with informational qualities are a staple of all narrative as they are a key device for character development, plot development, and much more. If nothing else, they break up the list of statements. In John’s Gospel, there is another really critical aspect to these questions—to stir up other questions in the reader’s mind needing answers. In other words, when a character asks another character a question, the narrator may have that character ask the question just to break up dialogue … but the narrator may also do it hoping to ‘hook’ the reader into asking the question for themselves, and thinking about the answer. John’s Gospel definitely engages in this type of question asking, and in general doing things on many levels. The multi-level aspect of John is one of the key arguments in my first book, The Temporal Mechanics of the Fourth Gospel.

6. Discuss the type and significance of the very first question asked by Jesus in John’s Gospel (John 1.38a).

That question is a good one, but I want to be careful for readers here who may not have read my book yet to not overload the question with theology. (Well, maybe you can but I will leave that to theologians). Meaning: When Jesus asks, “What do you seek?” it’s easy for us to read it very existentially/philosophically/theologically/Zen-ly the further it moves from the original context. At the same time, there is no denying that the verse probably has some overtones in that direction. When you take the ‘open’ quality of the question, its philosophical overtones, and make it the first words the protagonist speaks in the story, you can’t help but wonder what John has up his sleeve for the rest of the gospel.

7. Explain how John’s Gospel is both dialectical and rhetorical and the role questions play in moving the reader away from his/her presuppositions to the point of view of the narrator.

Since the terms ‘rhetorical’ and ‘dialectical’ mean different things to different people, I mean them in their general ancient world sense: John’s Gospel is dialectical since it wants to engage the reader in dialogue more than information-telling and it is rhetorical since it wants to persuade the reader to its viewpoint. Questions play a critical role in moving the reader, since most people do not respond well to being told what to believe. But when people are asked to clarify what they believe, and indirectly asked whether something they believe about something could be inaccurate/insufficient, then they are more likely to be persuaded. Simply by asking questions the narrator will cause reflection in the reader, and if the questions asked are important enough, the point of view of the reader can and will change.

8. How might your study serve as a lynchpin for future studies of interrogatives in the biblical texts?

The study of interrogatives in biblical texts is underdone, so I think the best it can do is to give people a starting place to take questions more seriously (and exegete them more rigorously) when those working through those texts. Since I borrowed most of my strategies from linguists and logicians, others can do the same. My next book, Questions and Rhetoric in the Greek New Testament (forthcoming from Zondervan), will hopefully assist in this. If nothing else, may it encourage better question-asking as we read biblical texts.
Posted by Matthew D. Montonini at 9:09 PM

nice post for us christians
I also love the style of blogging here on http://newtestamentperspectives.blogspot.com/
you see, there are 2 blogs that i've found so far to be very helpful and have something interesting for me whenever i visit, this one and http://danieluyi.com
Keep up the good work you're doing here.