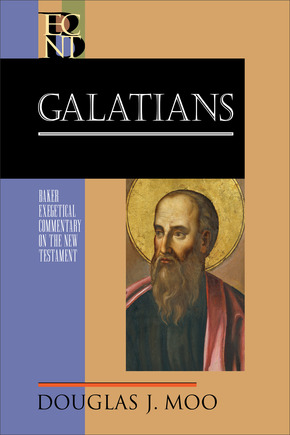 Well, it looks like the endorsements are starting to come in for Douglas Moo's highly anticipated Galatians commentary (BECNT).

Here is a sampling:

"There is certainly a place for many commentaries on Galatians, but those who invest in only one would do well to make it Moo's. Careful in its exegesis, balanced in its judgments, fair in its treatment of others, and theologically sensitive, Moo's Galatians, like his commentary on Romans, is sure to become a standard work in the field." Stephen Westerholm, professor of early Christianity, McMaster University

"Moo has proven himself in his other New Testament writings--as well as now in his Galatians commentary--to be too good a scholar, too perceptive an exegete, and too persuasive a writer to be ignored by either his scholarly peers or the Christian world at large. His Galatians commentary is a veritable gold mine of linguistic data, of various scholarly options, and of Moo's own informed responses to all sorts of critical issues of importance in the study of Paul's letter to his Christian converts in the Roman province of Galatia." Richard N. Longenecker, professor emeritus of New Testament, Wycliffe College, University of Toronto

"Douglas Moo's expertise as a commentator is well known, and his skill is on display in this outstanding commentary on Galatians. Moo is scrupulously fair to opposing viewpoints and nuanced and careful in his explication of the text. In addition to a line-by-line explanation of the letter, Moo also offers a substantive and satisfying explanation of Paul's theology in Galatians." Thomas R. Schreiner, James Buchanan Harrison Professor of New Testament Interpretation, Southern Baptist Theological Seminary

This makes me even more eager to get this volume as it has been on my radar for a few years now.

The next big Galatians commentary after this will be David deSilva's replacement of Ronald Y.K. Fung's in the NICNT series. This will be a ways off, however.
Posted by Matthew D. Montonini at 10:50 AM