A Pastor Reflects on a Letter from Leon Morris


An act of serendipity happened on Facebook  last week, when  a friend remarked on a Leon Morris post I wrote on my blog. That friend, Rev. Clay Knick, Pastor of Kernstown United Methodist Church in VA, shared with me that he once corresponded with Morris many years ago. I have asked Clay to share his
recollections of that correspondence. He writes:


Years ago when I was in theological school, I started writing scholars and teachers about the books they had written. Like all theological students I was drawn to book lists and even during summer break I’d find something to read. Some books shaped me or impressed me and when they did I’d write the author a letter. Remember those? One such book was Testaments of Love by Leon Morris. I have no idea at all how I got his address, but I wrote him expressing my thanks for the book and some of the other things he’d written, especially his commentary on John. I also asked a few questions. The letter you see is the one he sent me many years ago. I saved it along with others from Howard Marshall, John Stott, and Donald Bloesch, just to name a few. Bloesch and I became friends through letters and phone calls and personal time together. I so appreciate the time Morris took to write me back. How did scholars find the time to do such gracious things before email? In this the 100th anniversary of his birth, we give thanks for his scholarship and Christian character. Thanks be to God!


Here is a pic of that very letter: 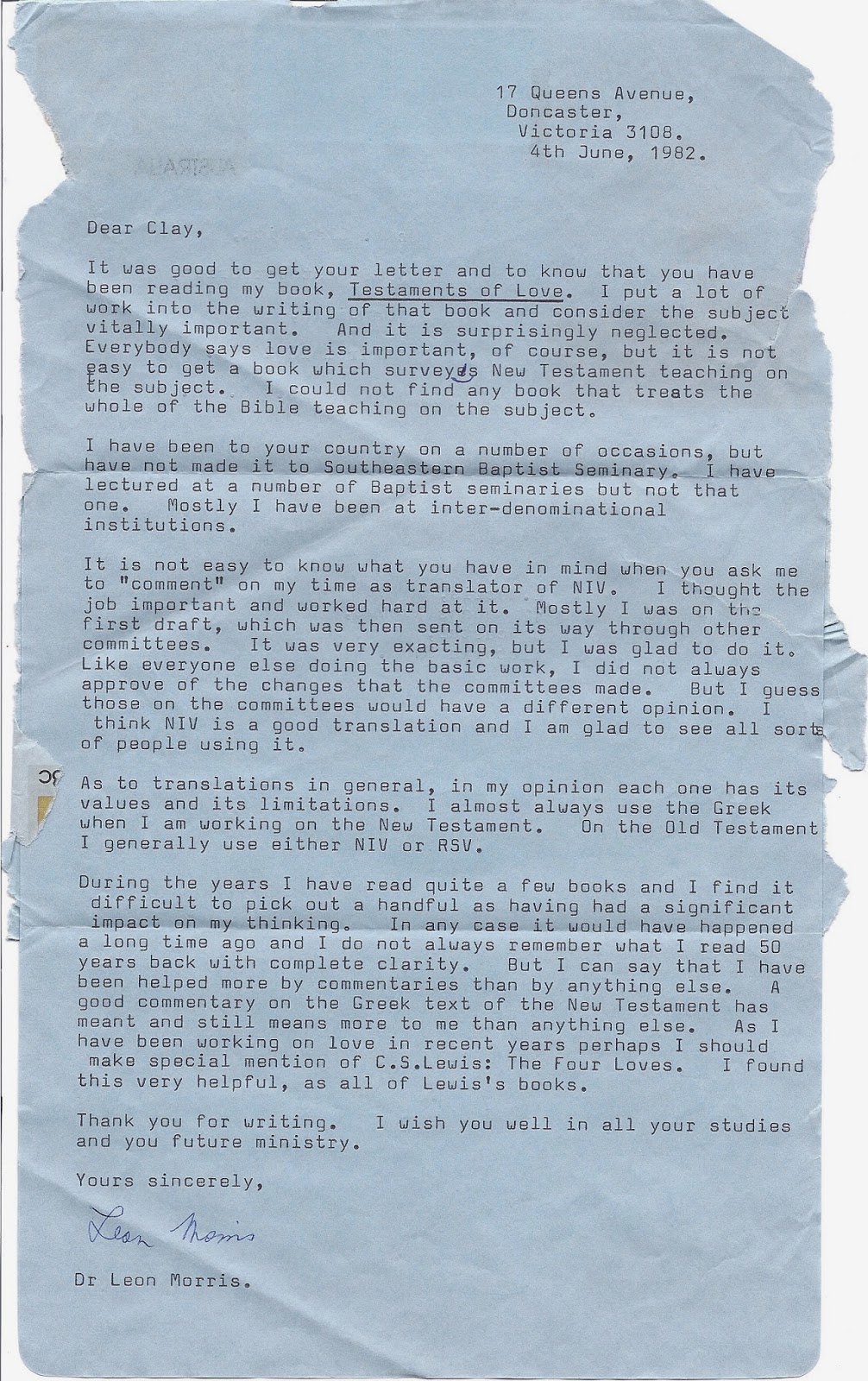 When asked by Clay what significant books have impacted his thought, Morris writes:

Many thanks to Clay for sharing this cool story, giving us a glimpse into the generous Christian character of the great Leon Morris.