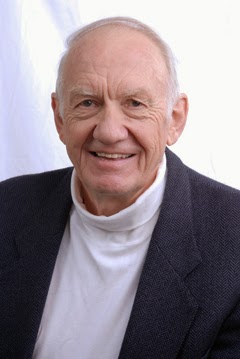 Adjectives like 'classic', 'great', and  'magisterial', are probably used too often in today's vernacular. Often times these labels are premature, not allowing the sands of time to sift the chaff from the wheat. With any work, whether writing, painting, sculpture or architecture, these adjectives will only hold true over time, so phrases like 'instant
classic' need to be relegated to the dustbin of the reviewer, for the passage of time can only reveal if a work will become a pearl or remain a grain of sand.

Gordon Fee's The First Epistle to the Corinthians, is one such work that deserves its pearl status. First published in 1987, Fee's work has become indispensable, enjoying the rare status of timelessness that few works enjoy. The only knock against older works that achieve this status are usually due to the fact that they are considered dated and are not abreast of the massive proliferation of secondary literature that has been produced since the publication of the work. To remedy this situation, Fee has provided a service to all students and scholars of 1 Corinthians by updating his classic. The content remains virtually the same, but Fee now interacts with 164 total works in the twenty-five-plus years since its initial publication.

What I aim to do over the intervening weeks is to write a series of posts entitled "Fridays with Fee," as I make way through Fee's commentary. I do not know exactly the exact form these posts will take, but they will probably reflect impressions that I had while reading through the various sections. For now, I will end this post with some Fee quotables:

Although they were the Christian church in Corinth, an inordinate amount of Corinth was yet in them, emerging in a number of attitudes and behaviors that required radical surgery without killing the patient. This is what this letter attempts to do -Gordon Fee;(The First Epistle to the Corinthians; rev.ed), 4.


To delight in God for God's working in the lives of others, even in the lives of those whom one feels compelled to disagree, is sure evidence of one's own awareness of being the recipient of God's mercies. So it was with Paul. The self-sufficient are scarcely so disposed - Gordon Fee on 1 Cor 1:4; (The First Epistle to the Corinthians; rev.ed.), 35.

Gordon Fee is one of my heroes! Thanks for posting this!