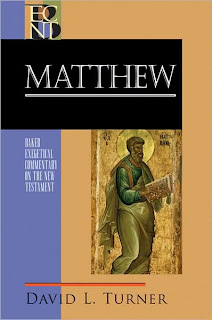 Posted by Matthew D. Montonini at 9:47 AM 1 comments

Here are some forthcoming releases that might whet the appetite.

1) Greg Beale has authored We Become What We Worship: A Biblical Theology of Idolatry slated to be released from InterVarsity in November 2008. The blurb I found reads thusly:

2) Gene Green is now the latest contributor to the BECNT series with his commentary Jude & 2 Peter again due to release in November of this year (Gee, I wonder if this has anything to do with SBL?)

3) Famed Israeli archaelogist of the Herodian period, Ehud Netzer, has done every student of the New Testament a huge service by publishing The Architecture of Herod, the Great Builder in the much more accessible Baker Academic paperback (originally published by Mohr Siebeck), although this one is still a lofty $69.99. This work is due for release in October, but I can wait for the 50% discount a month later at SBL!

4)Also due in October is Ian W. Scott's Paul's Way of Knowing: Story, Experience, and the Spirit. Admittedly, this is the one I'm really excited about as this study explores Paul's epistemology and how Paul's theological knowledge is rooted in narrative while fostering relational connections.

Well, that's all for now! Start making out your SBL wish lists!
Posted by Matthew D. Montonini at 1:17 PM 1 comments


New Testament scholarship and Paul have had a complicated relationship over the question of slavery. For many decades there has been a struggle to reconcile the abolitionist cause with a biblical text that seemingly supports the institution of slavery. Then the more recent discovery of inscriptions and documents referring to slaves in antiquity has added new dimensions to the debate. Furthermore, new interpretative approaches to the New Testament, including social-scientific criticism, rhetorical criticism and postcolonial criticism, have challenged earlier interpretations of Paul’s statements about slavery. The issue has even more recently taken on a new shape as descendants of former North American slaves have engaged with the way Paul has been interpreted and used to justify the enslavement of their ancestors. In this volume, John Byron provides a survey of 200 years of scholarly interpretation of Paul and slavery with a focus on the last 35 years. After a general overview of the history of research, Byron focuses in turn on four specific areas: African-American responses to Paul, Paul’s slavery metaphors, the elliptical phrase in 1 Corinthians 7.21, and the letter to Philemon. An epilogue highlights four areas in which scholarship is continuing to change its understanding of ancient slavery and, in consequence, its interpretation of Paul. New Testament students and scholars will find the volume an valuable specialist resource that collects and analyses the most important developments on Paul and slavery.

I know of no more qualified scholar than John to address the thorny issue that is Paul and slavery. This will be a must read for any student of Paul and the history of interpretation of this important issue.

For those who want to know more about John Byron click here and here.
Posted by Matthew D. Montonini at 12:28 PM 2 comments

I found this quote in the foreword of a book recently:

Jesus proclaimed that God's saving sovereignty was in process of initiation, its reality was demonstrated in his acts of power, and it would lead to the consummation of God's gracious purpose of his own people and for all nations. The teaching of Jesus on the Kingdom of God, accordingly, was essentially Christological. Naturally his insight into his own destiny to suffer death--and resurrection--that the gate of the Kingdom be opened for all, and ultimately his part in the consummation of the Kingdom through his parousia, was not part of his public proclamation, but it was communicated to his disciples, to their mystification, and made known to the Jewish authorities in his trial, to their fury.

Hint: He was a famous New Testament scholar who taught at SBTS.

Posted by Matthew D. Montonini at 1:13 AM 2 comments