Sir Edwyn Hoskyns and the Quote of the Day

Sir Edwyn Clement Hoskyns, 13th Baronet and priest of the Church of England, is perhaps known best for his classic commentary, The Fourth Gospel, which was subsequently completed by his student, Francis Noel Davey, due to Hoskyns untimely death. To give one a measure of Hoskyns as a scholar, the great Charles Kingsley Barrett considered him a main influence in his own scholarly career.

"...the author has done his best, apparently with intention, to cover up his tracks. For his theme is not his own workshop, but the workshop of God, and to this we have no direct access! Where the author's personal ideas and reminiscences? Where is his personal experience? No doubt they are there; no doubt, indeed, there is nothing else there but what he thought and what he experienced, but he does not intend us to bury ourselves with him as though he himself were himself the goal of our inquiry. He has, in fact, so burnt himself out of his book that we cannot be certain that we have anywhere located him as a clear, intelligible figure in history. At the end of our inquiry he remains no more than a voice bearing witness to the glory of God. So anonymous is his book, so intentionally anonymous, that there is in it, apart from the shy little 'I suppose' of the last verse, no 'ego' except the 'Ego' of Jesus, the Son of God. The author of the book has effaced himself, or, rather, has been decreased and sacrificed, in order that the Truth may be made known and in order that the Eternal Life which is in God may be declared." (18-19).

Gordon McConville on the OT and Human Flourishing

Just wanted to pass along a short video that I found interesting. J. Gordon McConville, Professor of Old Testament Theology at the University of Gloucestershire, has some compelling things to say about human flourishing in the OT in this brief interview.

John Oswalt, Visting Distinguished Professor of Old Testament at Asbury Seminary, best known for his work in Isaiah, particularly his two-volume commentary set in the NICOT series, has a series of  videos on Isaiah as well as Exodus through the Francis Asbury Society. Click here to access the channel on Vimeo.

Jack Lundbom's Jesus and the Sermon on the Mount

Jack R. Lundbom, best known for his magisterial work on Jeremiah, including a 3 volume commentary in the Yale University Press series and a recent stand-alone commentary on Deuteronomy for Eerdmans, has turned his keen interpretive eye towards perhaps the most famous section of the Gospels, Matthew's Sermon on the Mount teaching material (chs. 5-7). The volume, Jesus' Sermon on the Mount: Mandating a Better Righteousness is a recent release by Fortress Press


The Sermon on the Mount (Matthew 5-7) is the best-known repository of the teachings of Jesus and one of the most studied. Amid the considerable erudition expended on the Sermon, however, Jack R. Lundbom argues that it has proven too easy to deflect or disregard the main thrust of the Sermon, which he characterizes as a mandate to holy living and a “greater righteousness.” Through careful attention to the structure of Matthew’s Gospel and the place of the Sermon within it, keen sensitivity to the patterns and themes of Israelite prophecy, and judicious comparisons with other Jewish and rabbinic literature, Lundbom elucidates the meaning of the Sermon and its continuity with Israel’s prophetic heritage as well as the best of Jewish teaching. By deft appeal to Christian commentators on the Sermon, Lundbom brings its most important themes to life for the contemporary reader, seeking always to understand what the “greater righteousness” to which the Sermon summons might mean for us today. 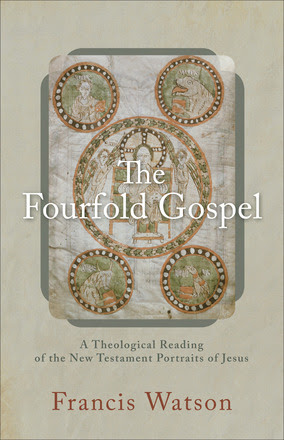 Indexes
Posted by Matthew D. Montonini at 10:03 AM 0 comments