Although I have not gotten much further with my memorization of Philippians (through v.10), a few comments on my last post by readers have prompted me to elaborate a bit more on technique.

At first, I set a goal of memorizing two passages a day. I believe this is still realistic, and with that pace I would complete Philippians in about 52 days. However, I have found that some days I have more time than others, so I have ceased from putting a specific number of verses on my daily agenda. This allows for the verses I have already memorized to become cemented and enable instant recall.

Another factor I have long thought about and has preoccupied much of my own work to this point is the aural/oral aspect of memorization. This current project has engaged my thinking once again about Paul's audiences and whether Scriptural allusions and citations would have been recognized by them. This may be a bit anachronistic, especially considering the fact that I live in a text-based culture, but it would be fascinating to see if I could memorize parts of Philippians on the basis of hearing alone. I might try that for part of this project.

Once again, this has become an exercise that is extremely gratifying, humbling and fun. I am hoping that Paul's words to the church in Philippi will resonate with this endeavor:
πεποιθὼς αὐτὸ τοῦτο ὅτι ὁ ἐναρξάμενος ἐν ὑμῖν ἔργον ἀγαθὸν ἐπιτελέσει ἄχρι ἡμέρας Χριστοῦ Ἰησοῦ (Philippians 1.6)
Posted by Matthew D. Montonini at 12:41 PM 0 comments

With some of the challenges presented by other bibliobloggers with regard to memorizing Scripture in its original languages, I have decided to memorize Paul's epistle to the Philippians. What makes this convenient is, one, the length-- only four chapters, or 104 verses to be exact, and the fact that I have been using Jerry Sumney's Philippians: A Greek Student's Intermediate Grammar. This grammar has many strengths, one worth noting is that many grammatical constructions are covered with lucid explanations given along with other examples from the NT. I would highly recommend this grammar to anyone wanting to sharpen their reading and translation of the Greek NT.

So far I have worked through and memorized the first eight verses. I only have 96 more to go!

A couple of observations are in order. Memorizing has helped facilitate recognition of different grammatical forms (i.e. verbal forms and vocabulary to name but a couple.), and enables ease of translation into English. One trick I have learned is to bite off small chunks. For example in Phil 1.3 the phrase εὐχαριστῶ τῷ θεῷ μου ἐπὶ πάσῃ τῇ μνείᾳ ὑμῶν may be broken up into εὐχαριστῶ τῷ θεῷ μου and then ἐπὶ πάσῃ τῇ μνείᾳ ὑμῶν. These smaller chunks seem to ease the trouble of memorizing wholesale phrases which can be in fact, quite daunting. Another thing I have noticed is how much work and repetition is involved in just going over the verses you have already committed to memory. I'd like to say that once you have memorized it, that is that, but that is far from the truth. Only constant repetition will ingrain the particular passages into your mind. I find it helpful to start at the top at times, or pick up a particular verse and see if I can go from there.

Despite the amount of time and work involved, this has become quite a fruitful exercise. I love the fact that I am getting to know Paul's letter to the Philippians much more intimately than I did before.

Spiritually this has become a routine I do during my devotional times at night and in the morning with a nice, hot, cup of coffee. I encourage those of you who have considered doing something along these lines to go for it! It will be well worth your time and effort.
Posted by Matthew D. Montonini at 1:11 AM 6 comments 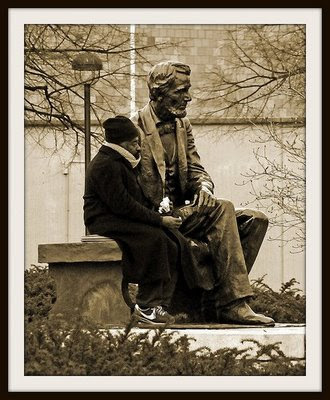