My good friend and mentor, John Byron, has had an article appear in a Mansfield newspaper about his excavations of a house in Tel-Gezer (one of three cities fortified by Solomon; 1 Kings 9.16-17) this past summer.

He will also be lecturing about his experience and finds at Ashland Seminary on January 28th. 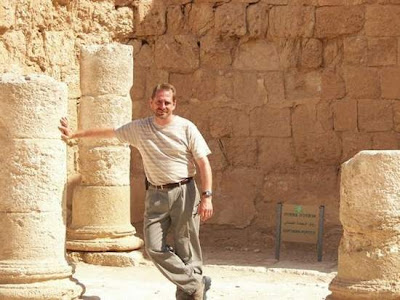 "Beautiful"-- That is how I describe this performance of Justin Timberlake and Matt Morris for the benefit concert "Hope for Haiti". I always liked Jeff Buckley's original the best, but this is as good as it gets.

For those of you like me who enjoy all things Paul, I have a recommendation for you. Do go read David J. Downs insightful essay in Engaging Economics: New Testament Scenarios and Early Christian Reception, "Is God Paul's Patron?: The Economy of Patronage in Pauline Theology" (129-156). Downs deftly demonstrates (How's that for illiteration?) that Paul does not use patron, broker, client language to conceive of divine-human relations; rather Paul uses kinship language to describe this dynamic. Downs states  that one of his objectives in this essay is to:

If You Get the Chance... 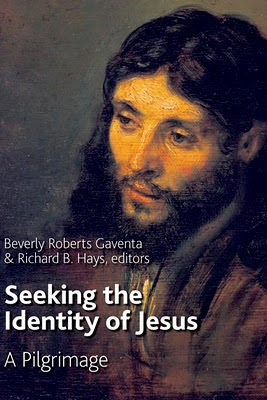 One of the most brilliant and influential New Testament scholars of our time, Richard Hays, has a great essay in a volume he coedited with Beverly Roberts Gaventa, Seeking the Identity of Jesus, entitled "The Story of God's Son: The Identity of Jesus in the Letters of Paul". Hays does a masterful job of distilling an enormous amount of information in relatively short order (20 pages; 180-199).


First, as Hays astutely notes when referring to Paul's problems with the "superapostles"in Corinth (e.g. 2 Cor 11.3-4), that "...Paul's own preaching must have included his own very specific account of the identity of Jesus, his own particular way of telling the Jesus story (italics original; 180). Hays spends the rest of his essay identifying what that story looked like.


Two things regarding this essay in particular resonated with me. First, Hays rightly stresses that despite relatively little biographical data about Jesus in the letters of Paul (see synopsis on 181), "...on virtually every page of his letters, Paul talks about Jesus" (182). This point is followed by a quote that summarizes the point beautifully:


Thus, the distinction between 'the Jesus of history' and 'the Christ of faith' is misleading when applied to Paul's writings. For Paul, Jesus Christ is a single person whose identity is disclosed in a seamless narrative running from creation to the cross to the resurrection to the eschaton. The historical details of his earthly life, such as his death by crucifixion, are no more and no less a part of his identity than are his role in creation and his present lordship in the community of those who call upon his name (182).

This quote sounds very similar to something N.T. Wright might express and I think it hits the nail on the proverbial head.


Paul's story about the identity of Jesus contains one last surprising twist. At that eschatological day, when every knee bows and every tongue confesses that Jesus Christ is Lord, when his triumph over all things, including the power of death, is complete and all things are put under his feet in subjection- then, at that moment, he will hand over the kingdom to God the Father (e.g. 1 Cor 15.24-28)...Thus, the grand conclusion of the plot shows that the identity of Jesus is still consistent. In the day of eschatological consummation, he is still the same obedient, self-emptying Son on whose act of radical self-giving the salvation of the world depends. If the story had any other ending, he would indeed be 'another Jesus' (italics mine; 198).

So, if you get the chance (hence, the title of this post) be sure to check out this essay. Hays deftly covers all the major plotlines of Paul's story regarding Jesus and does it in a very lucid fashion.


BTW- It would be irresponsible of me to not mention the wonderful interview conducted by John Anderson on his blog Hesed we 'emet. I know many have already mentioned it as well as read it, but it by far one of the best blog interviews I have had the privilege of reading. Secondly, Andy Rowell continues to do excellent work and has rounded up all things Richard Hays (i.e. audio and video lectures, bibliography, etc.).

Posted by Matthew D. Montonini at 2:01 AM 0 comments

Daniel Kirk is back!

My friend, Daniel Kirk-- of Sibboleth fame and more importantly, the author of Unlocking Romans: Resurrection and the Justification of God, is thankfully back blogging again, this time with Storied Theology.

Daniel has an insightful post on Romans 15 and how each of us are called to a selfless, Christ- imitating role within God's family.

BTW- Welcome back, Daniel!
Posted by Matthew D. Montonini at 12:14 AM 1 comments

Philip Payne and the Quote of the Day

Philip Payne's new book Man and Woman, One in Christ: An Exegetical and Theological Study of Paul's Letters is a must read for anyone who wants to do business with the thorny issue that is women's involvement in ministry.

From what I have read thus far (slightly less than one-third of the book), Payne offers the most detailed exegetical critique in favor of women in ministry that I have seen in print. The onus is certainly now on those who are deemed "complementarians" (for lack of a better term; see point made by Payne; 46, n.73) to respond to Payne's work, a tall order indeed.

Paul's development of the idea of the body of Christ consistently focuses on a diversity of members working together. It is not the absence of diversity but the presence of harmony in the midst of diversity that distinguishes the body. Individuals do not lose their personalities or gifts. They use their individual gifts for the good of the body. There is no 'corporate personality' in the sense that all Christians look and act alike or that their individual personalities and gifts are suppressed. Here in Gal 3:28, the focus on the absence of barriers in Christ implies an equality of opportunity to become part of the body and to participate in it unimpeded by ethnic, economic, or gender discrimination (95).

I will have further postings on this important book in due time. For now, I would say that whether you are an egalitarian, complementarian, or something in between, do yourself a favor and "take up and read!"

My friend , Nijay Gupta, has interviewed two scholars who were perhaps the most influential in guiding me through my early days of New Testament scholarship, Gordon Fee and Craig Keener.

Among the highlights for me in the Fee interview is that he plans on revising his classic 1 Corinthians commentary, mostly to update the bibliography and that he recommends Dunn or F.F. Bruce's commentaries on Galatians other than his own.

Keener's interview seems to imply that a much larger scale work on Romans is still in the works, as the current commentary "could employ only a very small percentage of my research..." Secondly, I found fascinating his view on being familiar with ancient sources as a backdrop for the NT world.

Take the time to read both of these interviews. It will be well worth the time.
Posted by Matthew D. Montonini at 10:59 AM 0 comments

Check this interesting story out.
Posted by Matthew D. Montonini at 1:27 AM 0 comments

With my first post of the new year, I have been reflecting on what I want this blog to be and where I think it is headed. First and foremost, I will be doing plenty of reviews. I have many that I have committed to so that will take a large priority for this blog. I would like to also resume some interviews. This will consist of interviewing authors on their respective works and possibly resuming my "Getting to Know" series which seemed to enjoy a good readership and were a joy to put together. Furthermore, I will be resuming my series of memorization and translation of Philippians. Right now, I have about the first 20 verses of chapter one locked in my brain, so expect to see much more of this soon.

One goal would to be to interact with other bloggers much more. I confess I have not done this nearly enough and subsequently my thinking has not be sufficiently challenged on many issues.

If there is something you would like to see more of concerning this blog, please leave suggestions. I value any opinion that my visitors decide to leave.

Thanks so much again for stopping by, I believe 2010 will be a blast.
Posted by Matthew D. Montonini at 10:39 PM 0 comments