In honor of my late friend and mentor, Edwin (Ed) D. Freed, I have put together a bibliography of his academic publishing.

Ed's scholarly passion centered around the Fourth Gospel. His work was marked by careful syntactical analysis, and as a  result, many students of Johannine literature interact with his work to this day. He also became a Pauline specialist, writing no less than three books on the apostle.

Ed received his PhD in Classics in the field of Biblical and Patristic Greek from Harvard University in 1959. Ed studied under the famed Quaker and New Testament scholar, Henry Cadbury, before finishing under Krister Stendahl.

Ed served as a pastor of the Lutheran church in Loysville, Pa. for over two and a half years. He was a Distinguished Professor of Religion at Gettysburg College where he taught for 36 years.

In 1976, Ed was elected to the prestigious Studiorum Novi Testamenti Societas (SNTS) and was also a member of the Society of Biblical Literature. 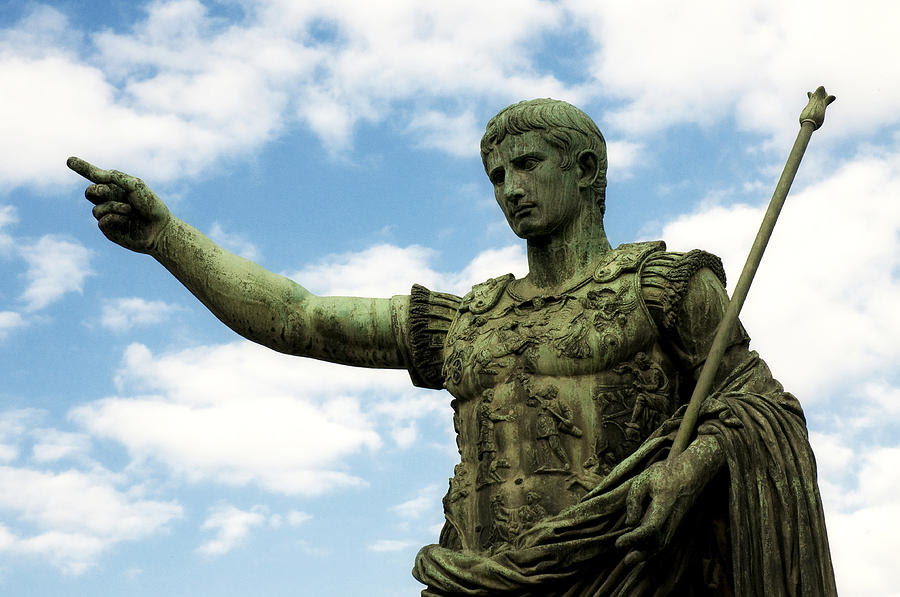 Philo and the Quote of the Day

Thanks to some helpful advice from Dr.Torrey Seland, and the acquisition of the entirety of Philo's works in the Loeb Classical Library (LCL) from my dear, departed friend, Dr. Edwin D. Freed, I have been working through Philo's works.

I am presently making my way through Philo's On the Embassy to Gaius (De Legatione ad Gaium), where Philo discusses the persecution of the Jews during the administration of the Emperor Gaius Caligula who reigned from 37-41 CE.

Philo spends considerable time discussing Gaius' claims to divinity and his habit of dressing up in the various god's garb (Legat 78-113). The Jews refusal to worship Gaius becomes the impetus for the persecution that the former will endure under his reign (Legat 117).

Philo succinctly and memorably states the crux of the issue when he writes:

One nation standing apart, the nation of the Jews, was suspected of intending opposition, since it was accustomed to accept death as willingly as if it were immortality, to save them from submitting to the destruction of any of the ancestral traditions, even the smallest, because as with buildings if a single piece is taken from the base, the parts that up to then seemed firm are loosened and slip away and collapse into the void thus made. But that displacement was of nothing petty, but of the greatest of all that exists, when the created and corruptible nature of man was made to appear uncreated and incorruptible by a deification which our nation judged to be the most grievous impiety, since sooner could God change into a man than a man into God (θᾶττον γὰρ ἂν εἰς ἄνθρωπον θεὸν ἢ εἰς θεὸν ἄνθρωπον μεταβαλεῖν; Legat 117-118).

Labels: Philo; Quote of the Day

Eugene (Gene) Lemcio, Professor Emeritus of New Testament, Seattle Pacific University, was kind enough to alert me to a video of Professor C.F.D. Moule's lecture "Reconciliation: Metaphor and Reality," delivered at Seattle Pacific University on November, 28, 1983. When Gene and I began corresponding, he told me that he had a video of the lecture on DVD that he would send to me. After some thought, however, and due to copyright issues, Gene worked diligently with Mr. Ryan Ingersoll of SPU to make this video available via this link.

Gene is the gentleman who introduces his beloved Doktorvater at the beginning of this video. Many thanks to Gene and Ryan for making this video possible. As Gene said in an email to me:

"...its (the recording) quality varies; however, the essentials remain in what may be one of the few such recordings of him in existence."

My Day with Ed Freed Part I

Over a year ago, I began a correspondence with Edwin ("Ed")  D. Freed, Emeritus Professor of Religion, Gettysburg College, Pennsylvania.  The correspondence began due to my interest in Ed's fabulous book, Lincoln's Political Ambitions, Slavery and the Bible (Wipf and Stock, 2012).

Freed's work argues the opposite of what the majority of Lincoln scholars have concluded regarding Lincoln's knowledge of the Bible, namely, that Lincoln's knowledge of Scripture was at best, superficial, and when used, it was for purely political ends. Freed
carefully attends to the words of Lincoln himself, rather than the myths that surrounded him, no doubt spurred on by his martyr- like death on Good Friday, April 14, 1865.

I, for one, am convinced of Ed's arguments, but unfortunately, Lincoln scholars remain mum regarding his contribution. Ed has personally remarked to me, both in emails and in person how frustrated he has become with this silence. I can only surmise that his careful work rocks the boats of the Lincoln scholarly community, who like most Lincoln admirers, myself included, would rather like to think that our greatest President had a vast knowledge of Scripture. But as Freed and some others note, Lincoln knowledge of the Shakespearean corpus  and his study of Euclid's Elements, were just two bodies of literature with which he was more intimately acquainted than the Bible.

Anyone who is serious about learning about the intellectual and spiritual life of our greatest President would do well in getting this book. More about my time with Ed will be shared in subsequent posts.
Posted by Matthew D. Montonini at 7:51 PM 0 comments