Before moving on to the post, first, I would like to say that I hope all of my readers had a very Merry Christmas and I pray that all have a blessed New Year! 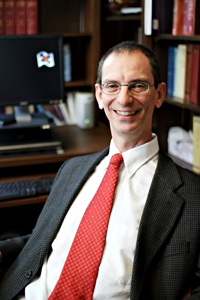 Tom Schreiner, James Buchanan Harrison Professor of New Testament Interpretation and Associate Dean, Scripture and Interpretation at Southern Baptist Theological Seminary, and well-known for his amazing output of scholarly work, especially his commentary on Romans and his New Testament Theology, agreed to be interviewed about his latest work, Galatians, in the Zondervan Exegetical Commentary series (ZEC).

As an aside, I find Tom's contribution to be solid, and is perfect place to start for any in-depth engagement with Galatians. Pastors, Bible study teachers, and professors will find much to chew on here.

On to Part I of a two-part interview:


1. You serve on the editorial board for the Zondervan Exegetical Commentary on the New Testament (ZECNT) series. With so many commentary series available, what was it about this particular series that drew your interest and ultimately your involvement?

The series attracted me because it was geared towards teachers and preachers of the word. The structural layout of each passage is a unique feature, which I think is enormously helpful. Also, I enjoyed the application section for the commentary, for that helps us keep our feet on the ground and stay practical.


2. You have contributed the volume on Galatians. Can you discuss the process by which you wrote this commentary and the challenges it presented?


I have taught Galatians many times. In fact, I have probably spent more time on Galatians than any other book (apart from the books I have written commentaries on). I started with my own work on the book, which included diagramming and tracing the argument. I wrote the first draft from my own work, for I had already done a lot of work on the letter as noted above. Then I integrated and edited it with the work of others. Perhaps the biggest challenge is the amount of secondary literature on Galatians. The ZEC series is  meant for pastors and teachers, so I had to be selective and try to read what would be most helpful.


3. I remember hearing Doug Moo say in a lecture, and I am paraphrasing here, “I wish I had written a commentary on Galatians before taking on Romans.” After doing the same yourself, do you understand this sentiment?


I do agree with Doug Moo. When I was asked to do Romans by Baker, I was hoping to do a commentary on Galatians first, for it is shorter and I had spent the most time on Galatians. But there is no way I could turn down Romans!


4. After reading through the introduction (21-59), I was impressed with the breadth and depth of your engagement of the topics (i.e. location of recipients: N. /S. Galatia; date; the topic of ‘mirror-reading;’ ‘empire;’ the identity of Paul’s opponents; rhetorical criticism, etc.) and the fairness and humility with which you presented diverging viewpoints. Talk about the responsibility of the commentator in presenting these views before giving their own.


I am sure I have failed at this often, but I try to write in such a way that if the author I discuss is sitting in front of me, he would agree that I represented him or her fairly. Now I know that hasn’t always happened, for I have even gotten letters from other authors saying I didn’t succeed! But that’s my goal.


5. One of the best features of your commentary is the “In Depth” essays that you include within the commentary proper. Galatians provides many challenging topics for the reader/interpreter (e.g. ‘justification;’ ‘works of the law;’ ‘faith in/of Christ;’ etc.). One of these essays (‘works of the law’) discusses the New Perspective on Paul (NPP). First, could you discuss what benefit(s) the NPP has had in the interpretation of ‘works of the law,’ and second, what are some of the shortcomings of this particular reading?


I will keep this brief since it is a blog post. But the NPP reminds us that Jew/Gentile issues were crucial in the first century, and what provoked the controversy in Galatia was a boundary marker issue (circumcision), and what sparked debate in Antioch (Gal. 2:11-14) was an identity marker issue as well (food laws). So, the NPP rightly sees that boundary marker issues faced early Christians. The inclusion of the Gentiles in the church is a major issue. If I could sum up the shortcoming of the NPP briefly, I think the NPP wrongly sees the focus on boundary markers in the phrase works of law, whereas the focus is on the law as a whole. The phrase most naturally refers to the entire law (cf. Gal. 3:10). And as we read on in Paul’s argument (cf. Gal. 2:15-21; 3:6-14), it becomes apparent that Paul argues against righteousness by law as a whole (cf. 5:3), so that Paul repudiates the notion that human beings can be justified on the basis of their works.

6. Turning to some more specific issues in Galatians, could you discuss Paul’s relationship to the Jerusalem ‘pillars'(2.9), and why it was important for him to demonstrate the independence of his Gentile mission (1.15-17; 2.6) while also mentioning their validation of his ministry(2.7-10)?
I believe the opponents argued that Paul was dependent upon the Jerusalem apostles for his gospel and then argued that he distorted what he received from Jerusalem. Paul strikes back by saying that his gospel is independent of Jerusalem (ch. 1). He received it directly through a revelation of Jesus Christ. Hence, his gospel stands no matter what the Jerusalem apostles say. But then in ch. 2 he handles a delicate issue. Even though his gospel is true without the ratification of the pillars, he needs their validation practically. Otherwise, everywhere Paul traveled opponents would follow and say that Paul’s teaching was contrary to the pillar apostles in Jerusalem. Paul points out in 2:1-10, therefore, that the Jerusalem apostles agreed with and ratified his gospel. Paul didn’t need their validation for the gospel to be true, but he needed it to progress in his ministry. He needed their validation for pragmatic reasons.
7. One of the touch points in the ‘imputation debate’ is Galatians 3.6. How should we understand the phrase “and it was counted to him (Abraham) as righteousness” (καὶ ἐλογίσθη αὐτῷ εἰς δικαιοσύνην)?
When it says faith is counted to Abraham as righteousness, I think this means that Abraham was righteous by virtue of his faith instead of his works. But we ought not to say that faith is his righteousness. Faith is the instrument by which a believer receives the righteousness of Christ. Believers are righteous because they are united to Jesus Christ in his death and resurrection, and hence they enjoy righteousness because they are united to Christ. But such union with Christ comes about through faith.

Part II will be posted in the coming days...
Posted by Matthew D. Montonini at 11:08 AM

Thanks for sharing this! I, too, enjoyed the humility expressed in this commentary. It is a great example for the rest of us! So grateful for the opportunity I had to review it earlier this month! Can't wait to read Part 2. :)

Great questions, Matt! Thanks for posting this. I'm looking forward to part two.