Doug Moo on the 'center' of Paul's Theology 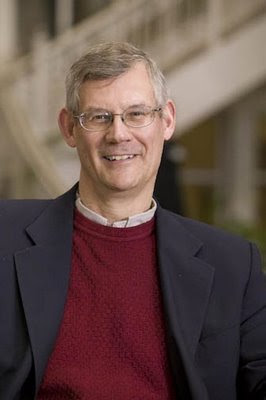 In Doug Moo's stimulating Romans commentary (NICNT), he provides a discussion on what constitutes the center of Paul's theology and the debate about the centrality of "justification by faith." (Moo; pp. 89-90).

A decision on this question depends greatly on what is meant by 'center.' If by this one means the organizing focus of Paul's thinking, then Christology should probably be put at the center. If one means, however, the basic theological framework within which Paul expresses his theology, then salvation history should be made central. But there is something to be said for the centrality of justification in another sense. Though it is true, as opponents of the traditional view tirelessly point out, that 'justification by faith' occurs mainly in passages where Paul is countering Jewish tendencies and that doctrine has, for that reason, a distinctly polemical thrust, it is also true that the doctrine guards Paul's theology at an absolute vital point.
Justification by faith is the anthropological reflex of Paul's basic conviction that what God has done in Christ for sinful human beings is entirely a matter of grace (see especially 3:24; 4:1-8, 16). If, then, justification by faith is not the center of Romans or of Paul's thought in the logical sense, in another sense it expresses a central, driving force in Paul's thought. In this respect, the Reformers were not far wrong in giving to justification by faith the attention they did.
Posted by Matthew D. Montonini at 7:38 PM