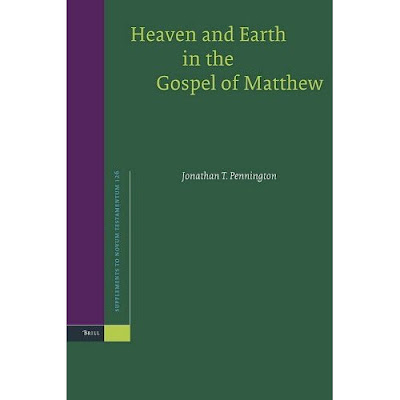 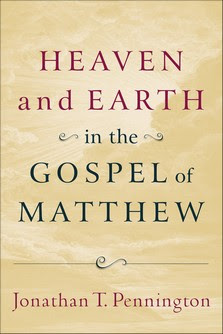 I have experienced moments of frustration when checking on a scholarly monograph published by the likes of Mohr Siebeck, Brill Academic, Peter Lang, Cambridge University Press, etc. These monographs are simply not affordable when price ranges near the $100 mark and sometimes significantly above. This hurts not only the prospective buyer, usually a scholar or student, but it also affects the scholar having his/her work published. They simply will have a difficult time getting their contribution significant exposure. I know that these publishers are not ultimately concerned about individuals being able to purchase their books, but rather, look to make their money through university and seminary libraries.
A couple of years ago, I began to see this trend shift. I point to Brant Pitre's Jesus, the Tribulation, & the End of the Exile: Restoration Eschatology & the Origin of the Atonement, published initially by Mohr Siebeck (2005) and fetching $145.00. Baker Academic came along, buying the rights to publish it for a more accessible $60.00. Baker Academic seems to be at the forefront of this movement as several other titles have followed suit including: Ehud Netzer's The Architecture of Herod, the Great Builder (Mohr Siebeck, 2006, $239.50; Baker Academic, 2008; $69.99), C. Kavin Rowe's Early Narrative Christology: The Lord in the Gospel of Luke (de Gruyter, 2006, $113.40; Baker Academic, 2008(9), $39.99) Ian W. Scott's Implicit Epistemology in the Letters of Paul: Story, Experience and the Spirit, (Mohr Siebeck, 2006, $110.00; Baker Academic renamed Paul's Way of Knowing: Story, Experience, and the Spirit, 2008, $44.99), and Jonathan Pennington's Heaven and Earth in the Gospel of Matthew (Brill, Supplements to Novum Testamentum, 2007, $186.00; Baker Academic, 2009, $42.99). Eerdman's also comes to mind in this discussion as they bought the rights to publish James Dunn's The New Perspective on Paul: Collected Essays (Mohr Siebeck, 2005, $265.00; Eerdmans, 2007, $36.00).
So what does this all mean? Look, I am not saying that these book publishers are wrong for finding a niche in the marketplace. Many of them are not mainstream, and that is okay. In fact, it is good to have publishers that cater to recently graduated PhD students who need to have their work published. On the minus side however, I am aware of at least one of these academic publishers who offer no royalties to the author that they are publishing. I know publishing is more than making money, in fact, that is probably way down the list and usually does not amount to much even if the monograph is 'successful'. Mainstream publishers such as Baker Academic and Eerdmans do offer royalties, all but guarantee better exposure, and offer these books at a much more affordable price, especially when you figure in the 50% discount at SBL. To me this is a 'win-win' all the way around.
Many of you may cringe at the idea of having a 'mainstream' publisher further disseminating your work, but allowing the wider scholarly guild to read and interact with your work can never be a bad thing. So kudos to the folks at Baker Academic and Eerdmans! My only hope is that other, more mainstream publishing houses get in on the act.

I agree, publishing these kinds of works is a great move by Baker and Eerdmans. Many such writings are at the cutting edge of scholarship and really get my attention, but are (as you demonstrated) priced far beyond what I am willing to pay, or can afford.
Pitre's dissertation for example I picked up for 20$ at the Baker Book Store, and I have utilized it quite a bit on a couple projects, which would not have been possible if i was over 100$.
I think beyond having a benefit to the reader, this trend helps up and coming authors as well. Many more people will be looking at your work if it is not priced out of their reach.

Thanks for noticing Pennington etc. As you say, it's a win-win. I don't knock presses like Mohr Siebeck for their high price tags. They publish volumes for libraries in a high-quality physical package and at low print runs. The costs are what they are. Many of those books are valuable to scholars but not commercially viable. The European presses do a good job of cooperating with American editors (like myself, at Baker Academic) to find the exceptions--the ones for which there can be a slightly broader market.