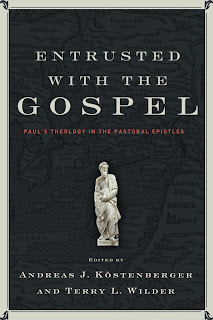 Broadman & Holman has scheduled a couple of interesting titles for the spring of 2010.

The first title co-edited by Andreas Kӧstenberger and Terry L. Wilder entitled Entrusted with the Gospel: Paul's Theology in the Pastoral Epistles.

The second title is authored by Timothy Wiarda and is entitled: Interpreting Gospel Narratives: Scenes, People, and Theology. 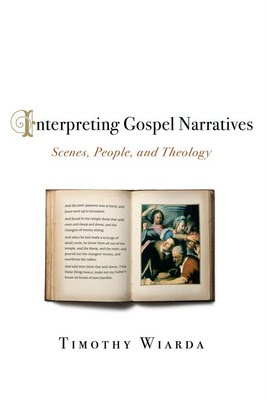 The night of his arrest, Jesus spoke to his close followers about two testimonies that would focus on Him: the work of the Holy Spirit and their own personal accounts. Interpreting Gospel Narratives looks exclusively at the testimony given in the Gospels, exploring several ways to enrich our Gospel exegesis so that we may see Christ as clearly as possible.
Timothy Wiarda’s book is primarily how-to, discussing questions of exegetical method that will help interpreters and expositors work with Gospel texts. He also discusses methodological questions relating specifically to the narrative material in the Gospels and focuses in on other fine details—the portrayal of individual characters, descriptive elements, the relation between theology and story, and more.
Posted by Matthew D. Montonini at 12:48 PM