Quote of the Day: Patrick Miller on the Ten Commandents 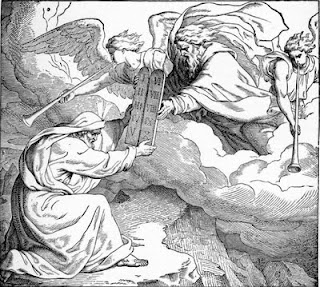 I have a feeling that after having only read the 12 page introduction of Patrick Miller's The Ten Commandments, I will be posting several more of these "quotes of the day", as the book is long on wisdom and learning. Consider what Miller states about memorizing the Ten Commandments in the life of the Christian:

The Commandments cannot play a role in the lives of Christians unless they are learned and taken to heart. That means then that the long-standing association of the Commandments with the teaching and catechetical traditions of the church needs to be maintained.  They can play no role if they are not first memorized and learned, so that they are held in the mind and the memory of individuals from an early age onward. Here is where the brevity and simplicity of the Commandments-- at least most of them--is a clue to what we are to do with them. Take them to heart and learn them so that they are implanted in the mind and available for guidance. This may happen through learning one of the catechisms, but that is not the only avenue. Catechisms are less in vogue, so the church needs to find places for learning the Commandments in the educational events that it carries on, whether in church school classes or in confirmation classes. Also the family, which was the original context in which the Commandments were first learned and appropriated, is still a locus for learning the Commandments. Memorization of biblical texts is a disappearing practice, but there are some texts, such as the Lord's Prayer and the Twenty-third Psalm, that are still assumed to be held in the minds of most Christians. If one attends to the central place of the Commandments in Scripture and the place they have had in the church's teaching, then they also belong to the enterprise of memorizing and holding texts in one's mind and heart (italics mine; 9-10).

In a word: Wow! I cannot wait to read more. Stay tuned!
Posted by Matthew D. Montonini at 9:24 PM