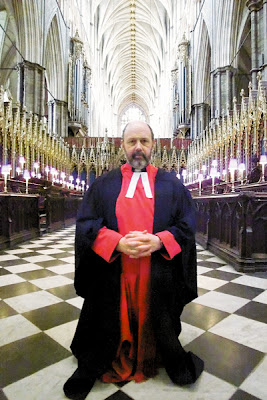 As I am sure most bibliobloggers are aware, Trevin Wax has recorded an MP3 interview with none other than N.T. Wright. The interview offers a full transcript as well and covers everything from the origins of Wright's faith to the doctrine of Justification (Protestant as well as Catholic circles) to forthcoming projects from the bishop's pen. The interviews were the product of Wright's recent visit to Asbury Seminary and should be required listening for his critics and his admirers alike.
Kudos also belong to one Andy Rowell, a Doctor of Theology student at Duke, who has contributed MP3's of 3 separate sessions at SBL. They include Richard Bauckham's response in the Synoptic Gospels section to the critique of his Jesus and the Eyewitnesses; N.T. Wright's lecture "God in Public-The Bible and Politics in Tommorrow's World;" and Wright and Barclay's "debate" in the Pauline Epistles section titled "Paul and Empire." Having attended the last of these myself, I would highly recommend listening through the entire MP3.

I hope this is a recurrent theme in Biblical scholarship that those with tech savvy instincts
continue to provide the academia and the broader public with lectures from meetings such as SBL for year's to come. Way to go Trevin and Andy!
Posted by Matthew D. Montonini at 4:58 PM

Is it just me or does Bishop Wright look like he just crawled out the the movie "Lord of the Rings?!"