Few scriptures have been used as much as Matt 8:17 citing Isa 53:4 to promote the 'health and wealth gospel'. I know, I used to belong to a church that used this scripture quite often to speak of healing as God's will. In fact, if one was not healed, it was often attributed to a lack of faith on the part of the recipient.

I have also been to churches on the other side of the theological tracks on this issue. The idea of someone being healed directly by God makes some quite frankly, uneasy to say the least. Usually a spiritual interpretation is given to Matt 8:17, thereby bypassing the physical interpretation of the verse.

I was relieved to find a fair and balanced interpretation of this verse in the "Matthew" section (1-100) of the Commentary on the New Testament Use of the Old Testament, authored by Distinguished Professor of the New Testament at Denver Seminary, Craig Blomberg. It is worth quoting in full: 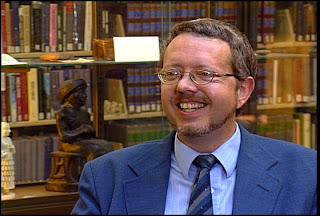 The context in Matthew is clearly one of physical healings. Charismatic exegetes have regularly picked up on this observation, combined it with the observation that Isa. 52:13-53:12 is about the atonement provided by God's Suffering Servant, and thus stressed that there is physical healing in the atonement. If by this they mean that God sometimes does still miraculously heal people today of physical afflictions on the basis of Christ's work on the cross, they are absolutely correct; but if by this they promise anyone such healing, based only on sufficient faith, they fly in the face of numerous NT texts to the contrary, most notably Jesus' prayer in the Garden of Gethsemane (Mark 14:36 pars.) and the Lord's response to Paul's prayer concerning his 'thorn in the flesh' (2 Cor. 12:9). Noncharismatics, often recoiling from such abuse of Matt. 8:17, sometimes deny that Matthew had anything but spiritual healing in mind, on the basis of the context of Isa. 53:4. If that is so, however, it then makes no sense for him to put this text at the end of section on physical healing. (30, emphasis mine)
By the way, I have only been reading the "Matthew" section of the Commentary on the New Testament Use of the Old Testament, I give it two, enthusiastic thumb's up! The combination of resources (i.e. secondary literature, primary source material, theological sensitivity, etc.) make this a must have for any student of the Bible!
Posted by Matthew D. Montonini at 11:16 AM

Blomberg is one of my favorites, and I got this commentary for Christmas. I'm just about to start teaching a unit on Matthew this week, so I'll definitely be using it (along with Ephesians, which I'm now teaching). I'm thankful this commentary has come out.

I've been sneaking around your blog, I've enjoyed it very much.