John Nolland on the Writing of Commentaries I 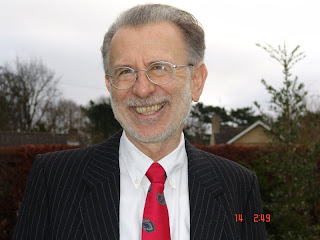 In the Journal for the Study of the New Testament 29.3 (2007), John Nolland, Vice-Principal of Trinity College, Bristol, and author of the Luke volumes to the Word Biblical Commentary Series (1989, 1993) and the Matthew volume to the New International Greek Testament Commentary Series (2005), has written a fascinating article called "The Purpose and Value of Commentaries," (305-311). I have decided to make this a several part series due to the profundity of insights offered by Nolland.

Insight #1: Sometimes the assumptions of the commentary writer drive the results.

I write as an Evangelical scholar, but I have not intended my commentaries to be in any sense in-house products. Whatever one's presuppositions, it is a real turn-off to those who do not share some or all of them to find that the results being offered in a work are to a large degree a reworking or a restatement of the starting assumptions. We all of course work with assumptions of various kinds, and we all have our blind spots, but I particularly value the efforts of those who have tried to generate an open texture of communication and have in this way sought to write in such a way that readers with various sets of presuppositions can engage with and benefit from their work. (306, italics mine)

nolland sure does pass the test himself in his matthew. very sobre balance of judgement, i get a feeling of honest treatment of texts.