From the Archives: Gordon Fee on Philippians 2:8 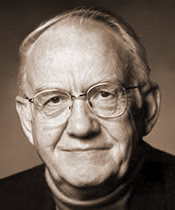 Referring to the phrase "death on a cross" (2.8d), Gordon Fee defends the clause as a rhetorical device in which " ... its effect lies in the repetition of 'death' back to back: 'unto death, death, that is, of a cross.' At the same time it combines with 'in the 'form' of God' (v.6) to frame the narrative to this point with the sharpest imaginable contrast: God and the cross.'(p.217)What Fee concludes next is profound and deserves to be quoted in full:

Here is the very heart of Pauline theology, both of his understanding of God as such and of his understanding of what God has done and is doing in our fallen world. Here is where the one who as 'equal with God' has most fully revealed the truth about God: that God is love and that his love expresses itself-in self-sacrifice-cruel, humiliating death on a cross-for the sake of those he loves. The divine weakness (Death at the hands of his creatures, his enemies) is the divine scandal ( the cross was reserved for slaves and insurrectionists). No one in Philippi, we must remind ourselves, used the cross as a symbol for their faith; there were no gold crosses embossed on Bibles or worn as pendants around the neck or lighted on the steeple of the local church. The cross was God's-and thus their- scandal, God's contradiction to human wisdom and power: that the one they worshiped as Lord of all, including Caesar, had been crucified as a state criminal at the hands of one of Caesar's proconsuls; that the Almighty should appear in human dress, and that he should do so in this way, as a 'Messiah' who died by crucifixion.
(Gordon Fee, Paul's Letter to the Philippians (NICNT), (pp.217-218)

Posted by Matthew D. Montonini at 3:12 AM