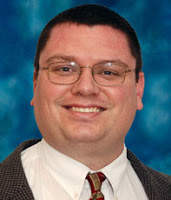 Here is part II of my interview with Daniel M. Gurtner, Assistant Professor of New Testament, Bethel Seminary, St. Paul, MN. For part one of this interview click here.

This may coincide with the previous question, but could you explain the theses of your monograph The Torn Veil: Matthew's Exposition of the Death of Jesus? (Daniel M. Gurtner, The Torn Veil: Matthew’s Exposition of the Death of Jesus. Society for New Testament Studies Monograph Series 139. Cambridge: Cambridge University Press, 2007. ISBN: 052187064X. 320pp.)

The book is a revision of my PhD thesis under Richard Bauckham at the University of St Andrews, Scotland. Here’s some information from the blurb: It examines the meaning of the rending of the veil at the death of Jesus in Matthew 27:51a by considering the functions of the veil in the Old Testament and its symbolism in Second Temple and Rabbinic Judaism. I incorporate these elements into a compositional exegesis of the rending text in Matthew. I conclude that the rending of the veil is an apocalyptic assertion like the opening of heaven revealing, in part, end-time images drawn from Ezekiel 37. Moreover, when the veil is torn Matthew depicts the cessation of its function, articulating the atoning role of Christ's death which gives access to God not simply in the sense of entering the Holy of Holies (as in Hebrews), but in trademark Matthean Emmanuel Christology: ‘God with us’. This underscores the significance of Jesus' atoning death in the first gospel.

You have also written a grammar on Syriac. How did that project come about?
The book is not a Syriac grammar. Rather, it is an answer key, etc., on an existing Syriac Grammar. The grammar is by Wheeler Thackston. My key gives the ‘answers’ to the exercises and an English-Syriac vocabulary. It came about simply by my recognition that most who learn Syriac do so on their own and could use some tools to help.

Tell me a bit about the forthcoming Built Upon the Rock: Studies in the Gospel of Matthew in which you co-edited with John Nolland. What was it like to be involved in a project with the likes of Donald Hagner, John Nolland and R.T. France, some of the heaviest hitters in Matthean studies? 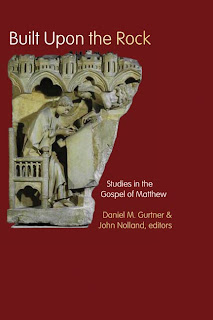 Here’s something from the preface to answer part of your question: Built upon the Rock: Studies in the Gospel of Matthew is a collection of essays from the 2005 Tyndale Fellowship conference. Contributions feature reflections from seasoned veterans in Matthean studies, complimented by voices of other scholars in an international collaboration on critical issues in Matthean studies. Frequently collections of essays published on the first gospel cover topics that seem unrelated to each other. Here a collection of essays covering mostly topics pertinent to the entire gospel is gathered in a single volume. Broad-brush strokes are painted by the hands of seasoned veterans – Hagner, France, and Nolland – each of whom have written major commentaries on the Matthew. Complimentary to their works are the contributions of a number of lesser-known scholars to the English-speaking world. Together these essays provide a valuable contribution by an international team of Evangelical scholars addressing critical questions in Matthean studies. In Built upon the Rock: Studies in the Gospel of Matthew, authors address important Matthean issues pertinent to the entire gospel, including the use of his sources (Baum) and grammatical features to relate his message (Black). Law and Righteousness are classic issues given fresh attention (Deines), as is Matthew’s portrayal of salvation history (Eloff). Matthew’s view of Jerusalem (France) and its Temple (Gurtner) are given comprehensive treatment. The ongoing discussion of Anti-Semitism in the first gospel is the subject of a thoughtful and responsible essay (Nolland), as is Matthew’s view of the Church (Hagner). The Sermon on the Mount is addressed in relation to the writings of Paul (Wenham). Careful attention to Old Testament and Jewish influence is given to otherwise enigmatic texts in Matthew 2 (Instone-Brewer). Typological fulfillment is employed to unravel the mystery of the “virgin will conceive” (1:18-23) text (Hamilton). The Isaianic “Hearing Motif” is traced through a significant portion of the gospel (11:2-16:20) from a narrative perspective (Brown). The volume concludes with a joint reflections on writing commentaries on the first gospel in the twenty-first century by esteemed experts in that field – France and Nolland.
Working with each of these scholars has been a remarkable experience. I have done most of the busy leg-work for this project, and each has been every encouraging and quickly responsive to my many questions regarding their work. The opportunity to work closely with great essays by top scholars has only helped to mature my thinking in the first gospel. There is simply no substitute for many years of leading scholarship that several of our contributors have to offer, and I hope I have gleaned from some of their maturity.

Tell us about your post-doctoral work at Tyndale and how you ended up at Bethel Seminary in St. Paul, MN?

The British PhD is three years in duration. By God’s grace, I was able to finish it in two years. So, I spent my third year in Cambridge. I spent that time preparing my thesis for publication and working on some other projects. It was a great time to meet many reputable scholars at Tyndale House for their own research, as well as establish some lasting friendships with doctoral students studying at Cambridge. Bethel Seminary was one of several schools for which I interviewed. I was contacted by Dr David Howard, past president of ETS and respected OT scholar. I got to know him and was drawn by his vision for theological education at Bethel. My wife and I both were able to visit the area felt strongly inclined by the Lord’s leading to come to Bethel. We love living in Minnesota, and have a great church and environment in which to raise our family.

What are your current and future research projects?

I have several:
Commentary on Exodus for the Septuagint Commentary series (Brill). Provisionally titled, Exodus: A Commentary on the Greek Text of Codex Vaticanus. (Brill, 2010).
I am also preparing a critical Syriac text and English translation of 2 Baruch. Provisionally, Second Baruch: A Critical Edition of the Syriac Text. Likely either Brill or T. & T. Clark (2008?).
Co-authoring The Synoptic Gospels in their Judaic Context: Commentary from Scripture, Rabbinic Literature and the Scrolls of Qumran. With Lawrence Schiffman and Jacob Neusner. Edited by Bruce Chilton. 3 vols. Leiden: Brill. Volume 1 (Mark) due out in November, 2008.
Several other things also, but those are more long-term.

Share some thoughts about the academy vis-à-vis the church and how both may complement the other.

This is a bit of a ‘pet’ subject of mine, but I’. Teaching in an evangelical seminary, I find that many either assume or explicitly say that if you want to be a professor, learn Greek and Hebrew and lots of exegesis. But if you’re going to be a pastor, don’t bother. Few things could be more tragic for the church. Our churches need pastors who are critical thinking, well educated, astute articulators of carefully, biblically- exegeted theology for the health and vibrance of the church.

Thanks for your time, Dan!

Labels: Getting to Know...

Matt,
Good interview with Dan. I met him at ETS last November. I call him affectionately "the curtain guy". I suspected that prior to being a scholar he was curtain salesman, but I was apparently wrong. His edited book on Matthew looks good and it has some good essays in it like the one by Jim Hamilton.

I'm sure he loves the "curtain guy" nickname!

As far as "Built Upon the Rock" goes, it is definitely on my must buy list.

Good hearing from you mate.