From the Archives: The Sitz im Leben of Paul's Letters: Difficulties and Challenges 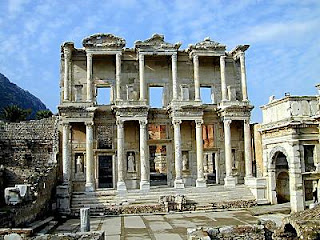 How does the Pauline interpreter delve into the complex world of Paul and his letters? On one hand, the difficulty that confronts the interpreter is Paul's texts themselves. Paul argues many things from his own presuppositions, without articulating what his presuppositions are, leaving the interpreter the difficult task of reconstruction. That reconstruction is only made possible by determining what sources to use outside the Pauline corpus (i.e. Josephus, Philo, ancient Greco-Roman sources, etc...). The words of Philip Towner capture this dilemma quite poignantly:

Reconstructing the social and historical backgrounds of occasional letters (among
other types of ancient written documents) is admittedly a procedure that often
has to be carried out with less information than we could wish to have. It
requires reading between the lines, or guessing what lay in the shadows of
Paul's comments, provoking them, and determining their meaning and significance.
Internal clues are an obvious starting place. But for Paul's letters the social
and cultural realities that determined the shape of life and values of the
Christian communities often come best to light through secular sources. Yet
which are relevant, and how can we be sure? Piecing together the situations that
gave rise to a letter of Paul is artwork, or perhaps something more on the order
of restoration, where the restorer must access every useful bit of information
to fill in the gaps and retrieve a reasonable facsimile of the original. Without
the original as a basis for comparison, any copy or reconstruction will always
bear a 'provisional' rating, and plausibility remains open in certain respects. But I
would argue that even if certain questions must remain open and reconstructions can only be provisional, the sort of documents left to us by Paul cannot be read
usefully apart from some attempt to piece together the social and historical
situation that gave rise to them in the first place.

With response to the above quote, are there any other challenges in interpreting Paul's letters that can be discussed? What say you?