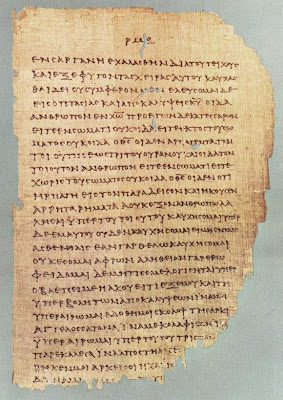 When it comes to studying Paul's use of the Old Testament, or more broadly, the New Testament's use of the Old, the interpreter should be aware that there is some disagreement over the audiences ability to detect allusions or understand the citation's original context. With literacy at about 10% in the ancient world one should always pause and consider the possibility that the audience may not understand the allusion or citation that the author is attempting to make. In the case of direct quotations, Chris Stanley (Arguing with Scripture: The Rhetoric of Quotations in the Letters of Paul) has gone some way in helpfully sketching out the diversity within Paul's audiences and their understanding of Scripture (i.e. (a) The 'informed audience' - 'a person who knows the original context of every one of Paul's quotations and is willing to engage in critical dialogue with Paul about his handling of the biblical text' (68). (b) The 'competent audience' - the 'hypothetical person who knows just enough of the Jewish Scriptures to grasp the point of Paul's quotations in their current rhetorical context' (68). (c) The 'minimal audience' - '...people in this category were aware of the high degree of respect given to the Scriptures in Christian circles. As a result, they would have been inclined to take seriously any argument that claimed to be grounded in the biblical text. But their ability to follow the argument of a passage laced with quotations would have been limited' (69).

Although Stanley's construct is comprehensive in scope, there is some reticence in my accepting it wholesale. First and most importantly, it ignores the fact that the first-century world was primarily oral in nature. Studies such as Bailey's and Dunn's Jesus Remembered bring this point out forcefully. One does not even have to go back far in history to see Scripture being understood in political speeches (i.e. Lincoln and MLK Jr.) by audiences, whom in the case of Lincoln, had a high rate of illiteracy (see the point made by Fee in Pauline Christology, 24nn.55-56). Secondly, it is certainly reasonable to assume that Paul’s letter carriers (i.e. Titus, Timothy, etc.) would have been well versed in the Scriptures to teach the Pauline communities in his absence. Moreover, (if we give credence to Luke-Acts), it is plausible that synagogal liturgies, which included the reading of Scripture (e.g. Luke 4.16ff; cf. Acts 13.15), would have been employed in the early churches that Paul founded. Gamble (Books and Readers in the Early Church) states the matter clearly:

Paul’s use of the scriptures of Judaism in his letters takes the most varied forms, from direct quotation to passing allusion, from using a text as a simple proof to developing intricate midrashic arguments, from typological appeals to allegorical interpretations…. The frequency, variety, and subtlety of Paul’s recourse to scripture presumes not only that the communities he addressed acknowledged the authority of Jewish scripture, but also that they were sufficiently familiar with it to understand and appreciate his appeals to it, subtle and diverse as they were.(212-213)

Thirdly, Francis Watson in an email correspondence (4/17/2006) stated frankly, "I don't find the current emphasis on illiteracy particularly plausible. There's writing everywhere in the ancient world!" This of course takes the form of inscriptions on monuments, and numismatic evidence.

This leads me to a point made by Edward Champlin in his book Nero. Champlin is in the process of describing the ability of audience members in the theatre to detect the allusions of the actors in the play. He cites an example that took place in Rome in 68 CE , where the actors took up a comical song "Onesimus is coming home from his villa" (otherwise unknown). The 'audience finished the words and repeated them several times, apparently in mockery of the new emperor Galba, then on his way from Spain' (96; Suetonius, Augustus 53, Galba 13). Champlin insightfully states:

This remarkable sensitivity on the part of the audience underscores the heightening of awareness within a Roman theatre: audiences expected to find contemporary relevance in the productions; performers expected to have their pointed remarks and actions caught, interpreted, and appreciated.

...In short, the Roman people were accustomed to seeing their rulers everywhere presented as figures of well-known myths, and they were accustomed to performances on stage that commented directly on their own contemporary concerns. We must remember the expectations of the Roman audience when we read the hostile or dismissive accounts of Nero's performances: every person there would expect that when their emperor himself entered the theatre to perform, he would be identifying himself in some way with the character he played: he could not have avoided it, he could not have done it unthinkingly. On occasion, in his most extravagantly theatrical gesture-one that seriously undermines the nature of ancient drama-Nero would wear a mask showing his own features. That could not possibly leave anyone in doubt: Nero was Orestes the matricide, Orestes was Nero; Nero was Oedipus, the man who had killed his father and married his own mother" (Italics original; 96).

In sum, to guard against anachronistic views of illiteracy, we must remember that the ancients ways of learning, hearing, and remembering are not are own. We do well therefore in not underestimating their ability to detect allusions and understand citations. Consequently, with some strong corroborating evidence and counterarguments, we can give Paul and the New Testament writers their due as faithful communicators of Holy Scriptures.

Posted by Matthew D. Montonini at 4:36 AM

Labels: Paul and the OT

Also, if we believe Luke's history in Acts, there seem to have been a pretty good number of Jews in cities that Paul visited (it has been argued that a synagogue was almost mandatory for Paul to stop and preach).

If this is so, wouldn't his audiences be much more likely to be Scripture literate?